The history of the Eiffel Tower

The movie "Eiffel" has been released in French theaters! And you, do you know the history of the Eiffel Tower?

Wednesday, October 13th, the movie "Eiffel" with the actors Romain Duris and Emma Mackey was released in French theaters. For this occasion, we propose to let you discover the history of this emblematic monument, symbol of France since 1889.

Since the end of the 19th century, the Eiffel Tower has stood tall in the sky of Paris (it celebrated its 130 years in 2019). However, the Eiffel Tower, nicknamed the "Dame De Fer", was not originally intended to last.

The key date associated with the history of the Eiffel Tower is undeniably the Universal Exhibition of 1889. On the occasion of the centenary of the French Revolution, a competition was held to determine "the possibility of raising an iron tower with a square base, 125 meters on each side and 300 meters high, on the Champ de Mars". Out of 107 projects, Gustave Eiffel's project was selected.

The project raised many detractors at the time who considered the Tower a threat to the aesthetics of the city: more than 40 famous French artists even signed a letter of protest against the Tower of Mr. Eiffel. Indeed, an iron tower erected in the heart of Paris was not suitable according to them, too much in contrast with the elegance and refined beauty of the city. The writer and poet Verlaine, for example, nicknamed the Eiffel Tower the “Squelette de Beffroi" to describe the monument's unsightly appearance, a giant tower that would "disfigure" the city.


The frail iron tower would see the light of day despite the protests. The construction of the Eiffel Tower lasted 2 years and the work took place in 3 stages: the construction of the second floor was completed in April 1888, the second floor was completed in August 1888 and finally, the final assembly to the top of the tower was completed on March 31, 1889. At the inauguration of the monument on March 31, 1889, Gustave Eiffel climbed the 1710 steps of the Tower and planted the tricolor flag at its top. At the time, the tower was 312 meters high.


A temporary tower, finally a symbol of the capital

When the Eiffel Tower was built, it was planned to be destroyed after 20 years. But in the meantime, the tower was a great success during the World's Fair with 2 million visitors coming to see it. It became the symbol of the French industrial power of the time. The tower was also successful at the 1900 Exposition. Gustave Eiffel played a key role in saving the tower from destruction: he tried to prove the scientific usefulness of the tower by multiplying scientific experiments in fields such as astronomy and physiology. Finally, what will save the tower will be its use as a radio antenna, used first for military communications and then for permanent radiotelegraphic communication - which was also useful during the First World War.

Each year, nearly 7 million visitors come to climb the tower. The success of the tower has led to it being replicated more or less identically in other countries! Can you imagine Paris without the Eiffel Tower? 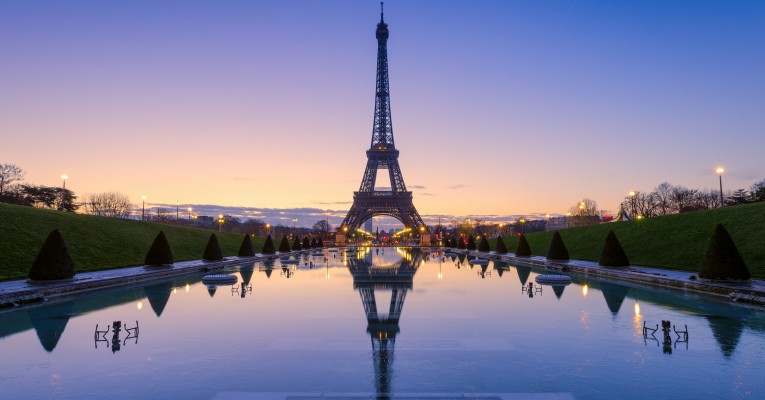 Discover the trailer of "Eiffel"!

Did you know that the Eiffel Tower has a twin sister that you know?
The Eiffel Tower is the same age as... The Alliance Française de San Francisco! Indeed, in 1889, the Alliance Française de San Francisco (AFSF) was founded as a 501(c)(3) Public Charity Nonprofit, and was the first US affiliate. If you want to learn more about AFSF's 130th anniversary celebration in 2019, click here!