5 things to know about Monaco!


Monaco, officially the Principality of Monaco, is a country located on the French Riviera, as well as a commune of the same name occupying the same area as the state itself (making it a city-state). Monaco is a French-speaking country and has been part of the French Republic since 1861.

Synonymous with luxury and opulence, Monaco is known throughout the world for its casino, its 5* hotels and is a favorite playground for the rich and famous.

Here are 5 facts to know about Monaco!

1. Monaco is the second smallest country in the world 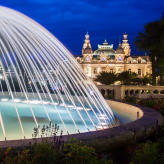 2. Monaco has one of the highest  security levels in the world

The inhabitants of Monaco almost never lock their cars when they park them, even if they drive in extremely expensive luxury cars. This is due to the high concentration of police officers (more than 500 for 38 000 residents), and to the number of surveillance cameras (almost 1000) on the territory. All of this quickly dissuades people from going to steal in Monaco! The crime rate is also very low: about one car theft per year, and one murder every 10 years.

3. You can be fined if you go barefoot in the city 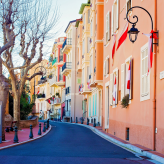 Monegasques are very careful about how people look. There is a strict dress code in the principality, where if people wear a bathing suit, go bare-chested or take off their shoes anywhere other than on the beach, they can be fined. Shorts are not allowed in most hotels and public places. A backpack or sneakers can also block you from entering many places. This is something to be aware of if you ever plan to visit Monaco!


4. The military defense of Monaco is under the responsibility of France 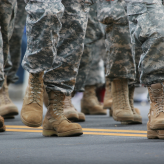 Although it is independent from France, the Principality of Monaco has a very limited military capacity and is entirely dependent on France for its defense against aggression from another state. Indeed, France guarantees the integrity of the Monegasque territory "as if it were part of France". It undertakes to defend it, which excludes any possibility of incorporation. For its part, Monaco undertook to exercise its rights of sovereignty in perfect conformity with the political, military, naval and economic interests of France.


5. Monaco has the lowest poverty rate in the world

A fact that does not surprise many people!  Monaco has the highest GDP per capita in the world and the lowest poverty rate. This is due to the fact that the poor flee the territory, and also because the unemployment rate is only 2% (with nearly 50,000 workers commuting between France and Italy every day). The country has the highest number of millionaires and billionaires per capita. There is no income tax and taxes on businesses are very low, which also explains why people are very rich.

Are you interested in Monaco? Here is a great French documentary that will allow you to know more about the principality! Have a good viewing!