World Health Day in France: from patient to citizen-user

Every year, on April 7, hundreds of organizations celebrate World Health Day throughout the world with the aim of better informing public opinion about the political and economic mechanisms surrounding public health. This approach is the result of a long term work, especially in France, where the issue of health has emerged during the political and economic history of the country. We tell you everything in this article!

After World War II: when the assisted patient becomes an "object of care"

In 1948, the First World Health Assembly called for a World Health Day to mark the creation of the World Health Organization (WHO). Since 1950, this day is celebrated every year on April 7 on a current issue considered a priority by the WHO. Each year, hundreds of organizations celebrate World Health Day around the world with the objective of better informing public opinion about the political and economic mechanisms surrounding public health. It is also an opportunity to launch long-term awareness programs that extend well beyond April 7. This approach is the result of long-term work, particularly in France, where the issue of health has emerged during the country's political and economic history.
The Second World War changed the perspective of illness in France: the violence of the war led to the emergence of a movement to humanize hospitals, which went from being reception centers, or even asylums, to organizations providing care.


Decree and charter of 1974: from the "object" of care to the "subject of care", the right of individuals in the health sphere

This charter of January 14, 1974 is a decisive step in the recognition of the rights and duties of sick people, and through these rights is the recognition of the respect of the dignity and the personality of the patient. From this date, France as a "Welfare State" as we know it today took shape: this charter allowed the emergence of legal texts related to the health system, but also the sudden development of medical information, especially on the very first cases of HIV in France.
It should be emphasized that the sudden emergence of the disease, added to its inevitability, and impacting mainly people involved in the fight against discrimination, were decisive factors in this upheaval of behaviors: medical research was then helpless in the face of this new disease, while for the first time, patients were claiming the right to participate in the decision concerning their treatment. It was an unprecedented reversal of the roles of transmission of medical knowledge. 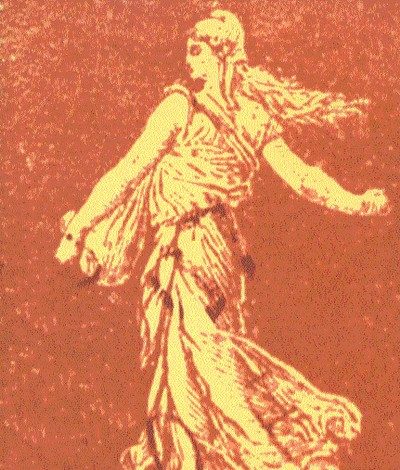 These claims are expanding to the collective sphere, to the domain of public authorities and for various causes: the dangers of asbestos, rare diseases, health scandals in the food industry sector. Step by step, collective awareness is being awakened and is participating in the elaboration of public health decisions.
On March 4, 2002, the "Etats généraux de la santé" were organized, associating French citizens and representatives of public organizations, allowing the creation of the law on the rights of patients and the quality of the health system, allowing users to express themselves and to be active members of the decision-making and information process in the orientations of health policy, as well as in the conciliation and compensation processes between public authorities and users in case of damage or accidents.

Since this law, several texts have emerged to give collective and individual rights to French users and to facilitate their participation in public debate. Today, the challenge is not so much to create new rights, but rather to inform and promote the application of existing ones. In this context, World Health Day allows the world to focus on important public health issues.
The WHO Regional Office for Europe contributes to this by highlighting activities and analyses on the chosen theme focused on Member States and encourages debate among policy makers and other stakeholders.