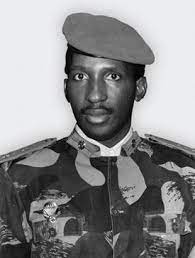 On October 15, 1987, Thomas Sankara, an icon of the struggle against colonial imperialism, was assassinated in a coup d'état organized by his own comrades in arms. Today, almost 35 years after his assassination, the former president of Burkina Faso Blaise Compaoré is sentenced in absentia by the military court of Ouagadougou to life imprisonment for the assassination of his friend and collaborator Thomas Sankara. A decision that pays tribute to both the former president and the militant population of Burkina Faso, and which closes a painful chapter in the political history of this country. A brief look at the life of Thomas Sankara, father of the anti-colonial imperialist struggle.

Born on December 21, 1949, Thomas Sankara is the son of a WWII veteran of Peul origin and a mother of Mossi origin. After a classical primary and secondary education, he enrolled in the Military Preparatory School of Ouagadougou, founded by the French army in 1951. It was there that he met Blaise Compaoré and other fellow soldiers. At the end of the 1960s, they entered the Yaoundé military school, then the Cameroon Military Academy, to become army officers. His military career really began in 1973: back in Upper Volta with the rank of second lieutenant, his mission was to train new recruits in Bobo Dioulassou.

Thomas Sankara's teaching is already unusual: in addition to training recruits in citizenship, he also educates them on the function and importance of exercising political rights.
From a purely military point of view, he built his reputation and respect in the milieu following the recapture of the Agacher strip in 1974 from Malian forces. 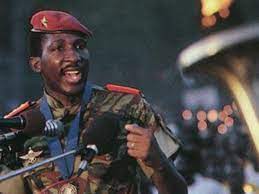 At the end of the 1970s, he became officially involved in politics as the country alternated between democratic and authoritarian regimes, against a backdrop of coups d'état and corruption. Very close to the extreme left-wing militants, he successively held the positions of Chief of Staff in 1981, Secretary of State under the presidency of Saye Zerbo, and then 1st Minister of the CSP (Council for the Salvation of the People). He then represented the progressive wing of the government, and was openly in favor of breaking the colonial relationship with France. Arrested on May 17, 1983 under the presidency of Jean-Baptiste Ouédraogo, and released in August 1983 with the help of the Marxist and pro-independence movements, he was carried to the head of state by a jubilant crowd. The country was renamed Burkina Faso the same day. 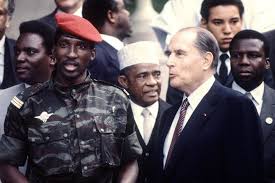 A trial of strength with France and imperialism

Economic policies centered on local production and requests for an agreement with France to make the economy less dependent on the colonial power were initiated, without success. At the same time, the country adopted a new national anthem, and the revolutionary government was reorganized to undertake new national projects. Civil servants were encouraged to wear traditional clothing, the Faso dan Fani, and to speak the country's languages, Diula and Mossi, rather than French. From July 1987, several internal crises shook the party: Thomas Sankara's collaborators criticized his rigor and integrity. The tensions culminated in October 1987 with the assassination of the head of state and all of his collaborators, with the exception of Alouna Traoré and his lifelong companion, Blaise Compaoré. 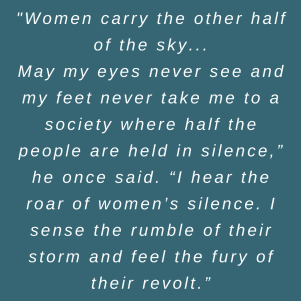 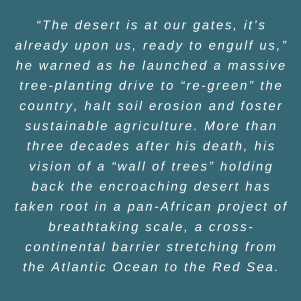 In addition to wanting to engage his country in economic and political decolonization, Thomas Sankara was ahead of his time and a visionary on environmental and gender issues. He already recognized the dangers of climate change, the desertification of the region, and advocated for equal pay for men and women; ideas for which the Burkinabe population is still fighting today.