Laos, the Land of a million elephants

Head to Laos, a country in South-East Asia that shares its borders with Vietnam, Cambodia, China, Myanmar (Burma) and Thailand! Although today the 1st language of the country is Lao, French is the 2nd language spoken in the country, making it the 2nd country in Southeast Asia with the largest French community, the first being Vietnam.

If French is spoken so much in the region, it is simply because of its history: From 1887, France colonized Laos and the bordering countries in order to form "French Indochina". At the end of the Second World War, war broke out between France and Vietnamese nationalist factions. On July 21, 1954, the signing of the Geneva Accords put an end to French colonial domination in the region. Laos in particular became a Communist Republic with a single party.

Today, the country is mainly known as a popular tourist destination: its wild landscapes and ancient and colonial architecture attract millions of visitors every year. However, beyond this singular melting pot, the country is full of cultural treasures that are worth a visit!

Here are 8 unusual facts about Laos!

1. Laos is the most bombed place in the world ! 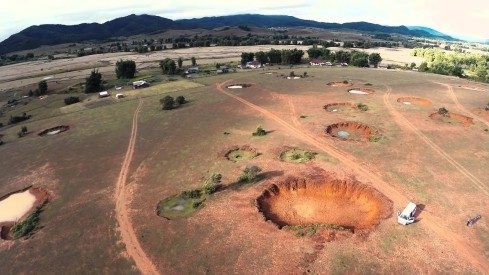 During the Vietnam war, the US dropped nearly 2 million bombs across Laos. Nearly 30% of these bombs did not explode and are still buried in the soil, making some agricultural land unfit for cultivation.

Nong Fa Lake is a volcanic lake located in the mountains in the southeast of the country. This "Sky lake" is the source of many beliefs and practices in the region: Laotians refuse to bathe there because it would shelter a creature half snake half giant pig that would devour those who dare venture into the lake! Also, it would be impossible to measure the depth of this lake! 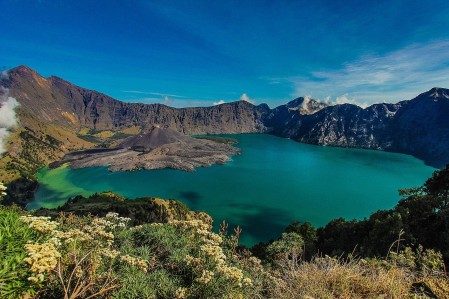 3. The Vieng Xai Caves : The city of victory

Just over 50 years ago, the Vieng Xai Caves were once home to over 20 thousand Laotians who hid from American bombs during the Vietnam War for more than a decade. This elaborate network of over 450 limestone caves commonly known as ‘The City of Victory’ was founded by the Laos communist movement. The secret caves were made up of homes, schools, markets, a bakery, a bank, a theatre, an elephant enclosure and even hospitals for its inhabitants. Today the caves are a museum enthralling all who visit.

Home to a very mysterious and puzzling pottery site on the Xiangkhoang Plateau known as The Plain of Jars. The landscape is strewn with thousands of stone jars and no one knows for sure what they were used for but they date all the way back to the Stone Age (500 BC – AD 500). The curious sight has allowed for a great deal of opinions, theories and stories. Some say the jars are a part of local burial ceremonies, others say that the jars once contained whiskey for thirsty giants who lived in the nearby mountains. How about going to take a look ?

Laos is home to one of the strangest competitive betting sports – rhinoceros beetle wrestling. Similar to the latin-american Corrida, the first beetle to severely maim, injure or kill its opponent beetle, is the victorious winner. People bet on which beetle they think is most likely to win and in this way rhinoceros beetle wrestling is an enthusiastic and competitive pastime of the locals.

Setting itself apart from its neighboring countries’ silk products and intricate weaves, Lao silk products are completely and solely woven by hand. The specifics of the weaving process vary from family to family as do the designs and patterns. This means that each silk-woven item is truly unique and all the more special. While the average rate of production for Laotian silk goods is roughly a meter a day, some of the more intricate and extravagant weaves are only a couple of centimeters. 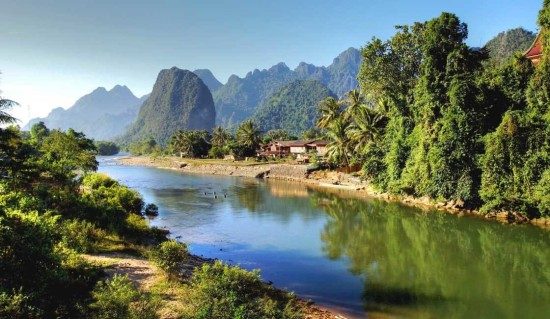 The longest river in Southeast Asia, the mighty Mekong River instils life into the country of Laos. Not only does the river offer viable forms of transportation for people, trade goods, imports and exports; but it also assists with generating electricity, irrigating agricultural crops as well as making fishing an option for a land-locked country such as Laos. Known as ‘Mae Nam Khong’ by the locals, the Mekong River can be directly translated to ‘Mother of all rivers’. 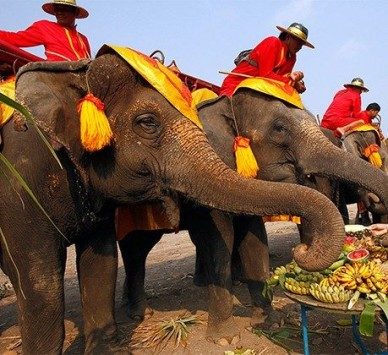 8. The ‘Land of a million elephants’

Despite declining numbers, the wild elephant is considered to be one of Laos’ national symbols and used to be called, ‘Lane Xang’ which translates into, “The Land of a Million Elephants”. King Fa Ngum gave it this name in 1354 as his kingdom (Luang Prabang today) was surrounded by massive grazing pastures where wild elephants lived.