5 things to know about Senegal!

Located on the west coast of the African continent, Senegal is a country bordered by Mauritania, Mali, Guinea, and Guinea-Bissau.  The country owes its name to the "Senegal" river which borders it to the east and north and which has its source in Guinea. A former French colony, Senegal is part of the International Organization of the Francophonie.

Renowned for the hospitality of its people, Senegal, a crossroads of ethnicities and traditions, is a very popular tourist destination!

Here are 5 things to know about Senegal!


1- There is one official language but six national languages

Senegal, like much of sub-Saharan Africa, was part of the French colonial empire, during which time French was the only official language. After independence in 1960, French remained an official language. The language of administration and education, it is used by about 30% of the population.

Many other languages are spoken in this country of 16.7 million  people. Six of these have been given official status as national languages. Of these, Wolof is learned as a mother tongue by 45% of the population and understood by about 80%. It is the country's first language. The 5 other languages are Serer, Pular, Mandingue, Soninke and Diola.

2-  Senegal is commonly called "the country of teranga" (country of sharing, hospitality and solidarity)

"Welcome to the land of Teranga!" In Wolof, Teranga comes from "teer/teerul" which means welcome. It refers to the values of hospitality, sharing and solidarity of the Senegalese. This term, proudly claimed, reminds us that Senegal has always been a place of mixing of peoples and cultures.

Teranga is a state of mind, a cultural treasure shared despite ethnic (Wolof, Serer, Diola...) and religious (Islam, Christianity, animism) differences. It expresses the will to live together of this heterogeneous people and its different communities. This value is transmitted very early to children, especially through stories.

The Senegalese place a high value on relationships, often ahead of material things, and they like to show their cultures and traditions to foreigners.


3- The "car-rapid" is a Senegalese cultural heritage

The "Car-Rapide" is one of the most popular means of urban transport in Senegal, particularly in Dakar. This magnificent walking art object represents a must in the public transport of the Senegalese capital.

It is a bus that Senegalese and foreigners are particularly fond of. The "Car-Rapide" crosses almost all the corners of the capital and its surroundings. In reality, it is quite far from being fast and presents itself as very polluting.

4- Senegalese wrestling is a practice rooted in tradition. 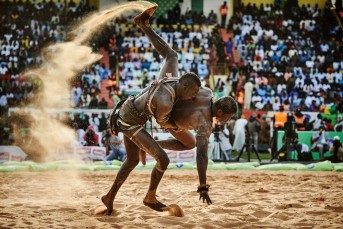 A contact sport, Senegalese wrestling also incorporates boxing, hence the name "wrestling with strikes". The wrestler can both hit and use hand-to-hand combat to overcome his opponent.

Soccer is also very popular and both national and international soccer matches are well attended. 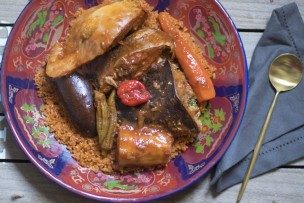 Senegalese cuisine is one of the richest in West Africa. It is very tasty and fragrant and is eaten by hand! Thanks to its location by the sea, it goes without saying that fish has a special place in the country's cuisine.

Thiébou Dieune (Ceebu jën, according to the Wolof spelling) is the traditional Senegalese dish. It is composed of rice, fish and a variety of vegetables and is served as a lunch dish in most households and restaurants in the country. The tradition is passed down from generation to generation.

Meat can also be substituted for fish and you will then taste a Tiebou Yapp.