5 things to know about Belgium!


Belgium is a country in Western Europe. It is bordered by the Netherlands, Germany, Luxembourg, France and the North Sea. Belgium is a developed country, with an advanced high-income economy. It also ranks as one of the safest or most peaceful countries in the world.

1- Belgium is a Kingdom 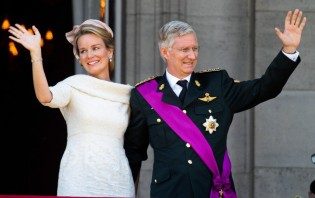 1830, the Kings succeed each other from father to son. Since 2013, Philippe is the King of the Belgians. The King Philippe, supported by his wife, Queen Mathilde, symbolizes the unity of Belgium.The Royal Family lives in Laeken (in Brussels) and makes its appearance during important moments, such as during the national holiday held on July 21.

The King has the federal executive power (he appoints the Ministers) but his role is more to suggest or warn when there are tensions within the Government.


2- Belgium is an officially trilingual country

Officially, Belgium is a trilingual country, with Dutch, French and German as official languages. German is only spoken around Eupen (in the Province of Liege in the Walloon region). The two main languages of the country are French and Dutch. In the north, Dutch is spoken, in the south French. In Brussels, there are 90% French speakers and 10% Dutch speakers. Around Brussels, there are the so-called "easy" municipalities because they are located in Flanders but there are many French speakers. Bilingualism is more important there.

That is why the speeches of the King and the Prime Minister are always translated into French and Dutch. In practice, the only region where people are "practically all" bilingual is the Brussels region, as well as the German-speaking people. In the rest of the country, bilingualism (on billboards, in public announcements or at work) is not mandatory, although it is recommended in some sectors.

The national symbol of Belgium is called Manneken pis and is a little boy who... pees. He is almost as visited as the Statue of Liberty (well, almost...) but he is only 70 cm tall. His best asset: he dresses according to the weather, the events and his mood. So there is always an occasion to go and greet him and discover him with his different costumes.

It is located not far from the Grand Place in Brussels. For those who are interested, Manneken Pis also has a friend (Jeanneke Pis) and a dog (Zinneke Pis) that can also be found in the capital. 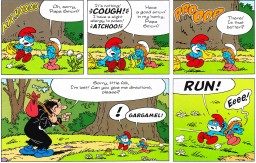 Among the greatest comic book artists and authors, there is an epic of Belgian artists. Tintin, The Smurfs, Lucky Luke but also XIII and Largo Winch, to name but a few, are all Belgian.

For comic book lovers, it's simple: "All comics on earth, if they are not Japanese or American, are Belgian". You can go to the Belgian Comic Strip Center, in Brussels, or to the Hergé Museum, in Louvain-la-Neuve, to get all the information you need on the subject.

Belgium is known all over the world for its numerous Belgian (special) beers. It is also a national pride and a pillar of the Belgian economy. On the one hand, there are still beers brewed in the traditional way in abbeys. On the other hand, there are more than 49,000 Belgians working in the Belgian brewing sector.

Where do these beers end up? On average each Belgian consumes 74 liters of beer per year, which puts them in 18th place among the world's biggest beer consumers (2018 figures). Most of the Belgian production is therefore exported internationally.