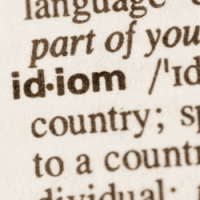 Are you interested in speaking French like a native? One of the ways to master your French is to learn expressions and idioms to describe situations and talk about daily life. Here at the Alliance Française, we've got you covered if you would like to move to Belgium, Switzerland, France, or Canada. What are some of the sayings used in these countries?

In France, there are many expressions that English speakers can learn, including « poser un lapin à quelqu'un » (to stand someone up, literally "placing a rabbit") or « se casser la tête » (to worry a lot about something, literally "breaking the head"). Along with these sayings, there are also expressions that are faux amis, or false friends similar to those in English. Here are a few that you can learn quickly:

Belgian French has a variety of unique expressions only used in their country mixed in with Flemish. They are also known to be less direct than the French. If you only know standard French and travel to Belgium, you will avoid any misunderstandings by keeping these sayings in mind!

Swiss French is similar to that of their neighbors, but they also have a variety of expressions using Swiss German words that are often used at the Franco-Swiss border. Here are a few expressions differing from standard French you can use to sound like a local.

The French spoken in Canada is dominated by Quebec French but there are also French speaking populations in areas such as New Brunswick and Newfoundland. Here are a few expressions used in the country.


If you would like to learn more expressions, TV5Monde has a collection of expressions and illustrations showcasing popular metaphors used all around the Francophone world. The website expressio.fr is also a great place to look up the meaning of French idioms and their translations in English. You can add a splash of color to your French by slipping in one of these idioms during your next conversation.