If Silicon Valley remains the Eldorado for entrepreneurs, France is not to be outdone in developing its own entrepreneurial ecosystem. Over the past decade, French Tech has come a long way to establish itself as one of the most dynamic countries in the global tech industry.


What is French Tech? 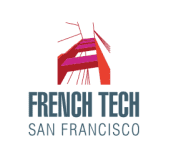 In France and abroad

In metropolitan France, Paris, Lille, Lyon, Bordeaux and Montpellier are among the most dynamic Capital French Tech communities. The government has greatly simplified the creation of and investment in startups. It has also created thematic ecosystems such as "Med Tech" in Alsace and "Culture Tech" in Avignon.

Internationally, its activity is also growing with French Tech Hubs in Tokyo, New York, San Francisco, Tel Aviv, London, etc. In 2016, companies with the French Tech label were part of the largest foreign delegation at the Consumer Electronics Show (CES) in Las Vegas with 210 companies present.

Over the past few years, France has built up a solid ecosystem of startups, nearly 20,000 of them. But beyond incubation, the goal is scale-up. The Next40/120 labels bring together the 40/120 young companies considered the most promising. In July 2022, France had 25 unicorns, companies whose valuation exceeds one billion euros, such as Mirakl or Back Market.