You may have already seen some of his black and white photographs in the AFSF's corridors and staircase. Bill speaks fluent French and visits Paris at least twice a year, and he has been a regular student of the Alliance Française de San Francisco for almost 20 years. It is a pleasure to share some news about his last trip to Paris with you!

Bill was introduced to silver halide photography by his father. He began to learn the art of photography at Eastman Kodak, where he worked as a photographic engineer. He first visited Paris in 1982, and he became a Kodak expatriate in Paris from 1995 to 1999.

This is how he describes his art:

"Capturing the essential nature of Paris and other cities is the driving force of my work. From shimmering reflections on the Seine to the long shadows cast upon the hills of San Francisco to the untouched landscapes of Tasmania, my photos reveal each location through my eyes. Probing the intersection of geometry, light and unique subjects, I capture unconventional views and turn them into photographic stories for all to enjoy." 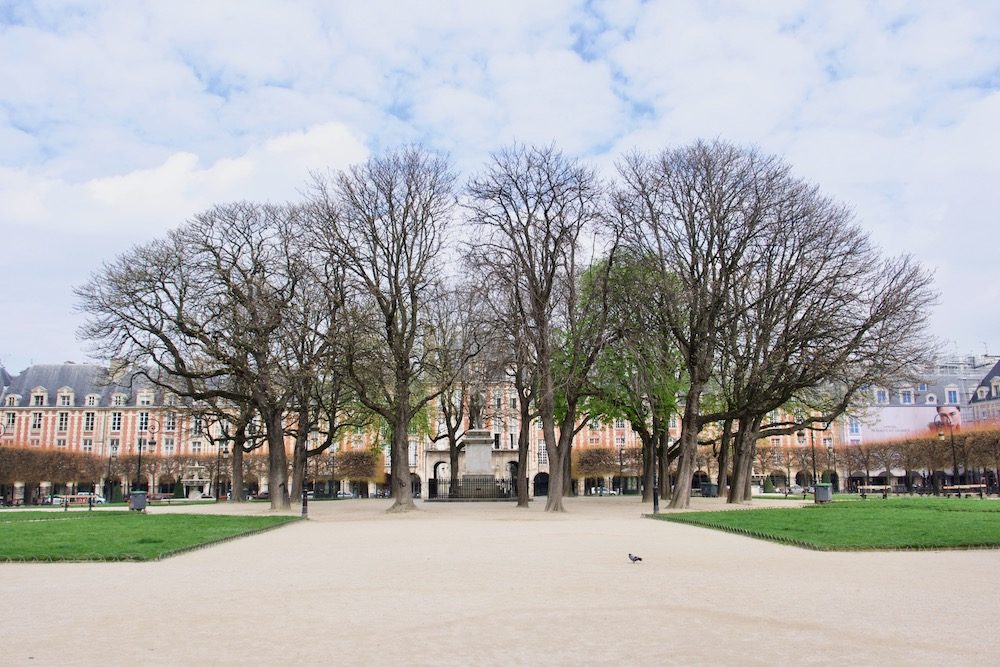 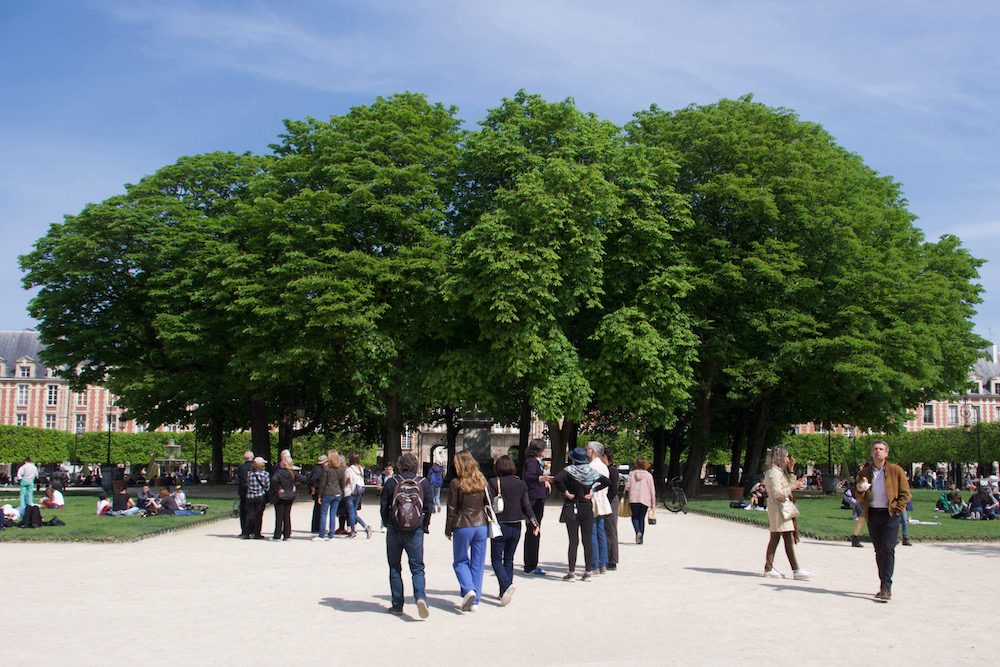 Photos and news from Paris


After each trip, Bill shares his photos and talks about his visits on bonjourparis.com. He also writes a newsletter. Find below some extracts and photos from his last newsletter.

Two years after the start of the pandemic, Paris is back to its lively self with many foreign visitors and smiles everywhere. The left photo above is the first week of the pandemic when we there in March 2020, with everything closed and just one lone bird walking through an abandoned Place des Vosges. The right photo is two years and one month later with the lawns full of people. People are still masking close to 100% in buses and metros but elsewhere things are like the “before times”.

After walking past it many times, Bill decided to enter the “Bibliothèque Historique de la Ville de Paris” just off rue des France Bourgeois on rue Payenne. Inside they have a range of old books in the main area that you can look through, along with reading tables. One group of old books were old tour guides of Paris. In a couple of them he found some historical references about rue Elzévir including the fact that it actually extended to rue des Rosiers until 1604, a fact new to us. During that era it was called rue de la Culture-Sainte Catherine.

Of course, the big news was the presidential election where Emmanuel Macron won a second term over far-right candidate, Marine Le Pen, though with less of a margin than the previous election. The parties that lost were vowing to ensure that the upcoming legislative elections will force President Macron to adopt their platforms, and on May 1st there were the usual “manifestations” with a march from Republique to Nation to ensure those goals. On verra.


We visited many museums during the trip:

At the Cognacq-Jay down the street from our apartment, there was an exhibit of Louis-Léopold Boilly who was like an 18th century painter-version of a street photographer, capturing everyday scenes but with a twist. He painted himself into each and every painting in many disguises, à la Cindy Sherman. As you look at each painting, you need to spot where he is. Fun.


At the Musée d’Orsay, there was an exhibit by the always interesting, present-day artist Sophie Calle on her exploration of an abandoned hotel / lodging at the museum. She created detailed and imaginative stories around everything she found there. For example, there were tables of numbers which showed no logical pattern, so she created a very detailed story that it was an encryption algorithm for spies.

We visited the Musée Jacquemart-André and the Musée Marmottan Monet, both for the first time. The latter is located in the far west of Paris (16th arondissement), with a wonderful walk through a park before you arrive at the museum.

We finally found time during this trip to visit the recently-renovated Hotel de la Marine at the Place de la Concorde. Since we were 30 minutes early for our scheduled time (i.e. it’s often important to book times for all museums ahead of your visits these days), we had tea at the new Café Laperouse (pictured above right), located downstairs from the museum.


Finally, another local surprise was the Victor Hugo museum at Place des Vosges. After 22 years of living in the neighborhood, we had never visited it! There was a compelling special exhibit curated/created by Lucienne Forest about the different ways of looking at art. For example, there are old portraits from the Victor Hugo collection next to a mirror where you can see yourself in a gilded framed among the portraits (above right). Beyond that the permanent exhibits were interesting, and afterwards you can enjoy lunch at the Café Place Royale below on the Place des Vosges (below left). That definitely should be on everyone’s list.

We also spent a day in the Batignolles neighborhood in the northwest of Paris, which Bill had visited previously via a Paris Greeters tour.


As we mentioned in other newsletters, you can see all of Bill’s photos at his Shutterfly album including this recent trip: http://myviewsofparis.shutterfly.com, along with his subsequent photos from Amsterdam (check out the charming mouse store) and sunny, warm London at https://myviewsofparis.shutterfly.com/pictures.  You can purchase Bill’s photos at:  https://www.pictorem.com/profile/Bill.Osuch

P.S. There is currently still a US requirement of a supervised antigen (rapid) test one day before departure. We did ours in London through the City and Travel Clinic (thecityandtravelclinic.com). During the trip, we tried to be prudent (i.e. ate outdoors, wore masks on buses/metros and in museums, even though in the UK we saw almost no masks). Our caution allowed us to test negative so we didn’t have to rush around to rebook flights, accommodations, etc. If you are heading to Europe soon, we suggest considering being covid-cautious in the five days before your return. The return-trip test requirement is likely to be rescinded in the near future, so it’s worth watching out for that. 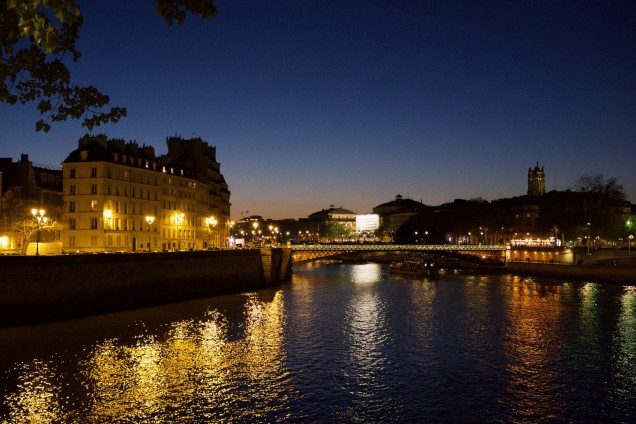