You may have already seen some of his black and white photographs in the AFSF's corridors and staircase. Bill speaks fluent French and visits Paris at least twice a year, and he has been a regular student of the Alliance Française de San Francisco for almost 20 years. It is a pleasure to share some news about his last trip to Paris with you!

Bill was introduced to silver halide photography by his father. He began to learn the art of photography at Eastman Kodak, where he worked as a photographic engineer. He first visited Paris in 1982, and he became a Kodak expatriate in Paris from 1995 to 1999.

This is how he describes his art:

"Capturing the essential nature of Paris and other cities is the driving force of my work. From shimmering reflections on the Seine to the long shadows cast upon the hills of San Francisco to the untouched landscapes of Tasmania, my photos reveal each location through my eyes. Probing the intersection of geometry, light and unique subjects, I capture unconventional views and turn them into photographic stories for all to enjoy."

To get in touch with Bill, receive his newsletters, contact him here. 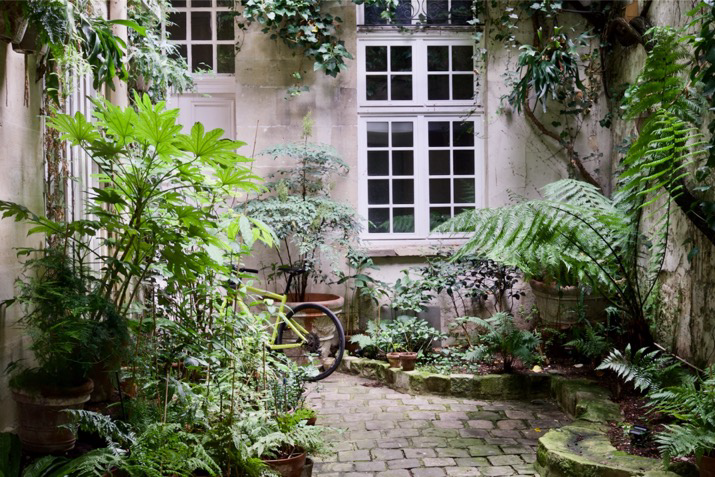 Photos and news from Paris

After each trip, Bill shares his photos and talks about his visits on bonjourparis.com. He also writes a newsletter. Find below some extracts and photos from his last newsletter (Aug- Sept 2021).

After a year and a half we finally made it back to Paris, and it was like we opened a positive new chapter during this pandemic. Paris was alive with flaneurs in the parks and plenty of café tables outside. Given that Paris is approaching a 90% vaccination level, we could sense the optimism among our neighbors and friends. 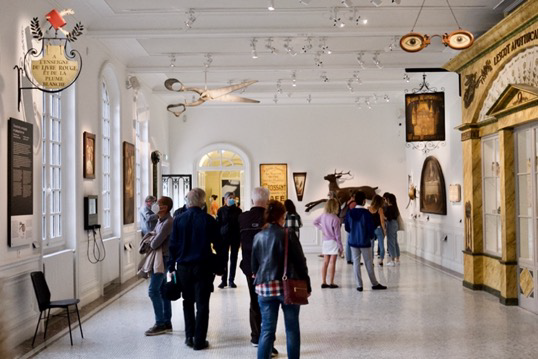 Before leaving the US, we were able to obtain the “Passe Sanitaire” (health pass) that made it easier to get into museums, stores and restaurants, though when we checked with a number of places, they said they would have accepted the US CDC card. If you’d prefer to obtain the Passe Sanitaire, you can submit your info at: https://www.demarches-simplifiees.fr/commencer/passe-sanitaire-etrangers 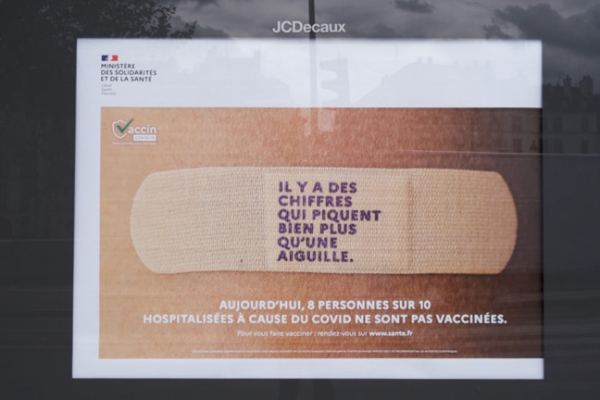 One major change in Paris was the dramatic increase in bike lanes all across the city. [...] An impressive number of Parisians are now biking everywhere. Like in Amsterdam, you now need to pay attention to the bike traffic as you cross the road. 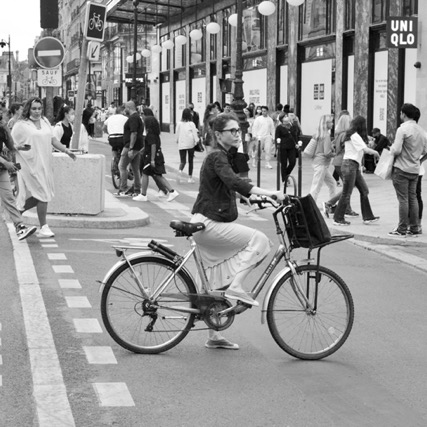 La Samaritaine was celebrating its 151st birthday when we were there, and we stumbled across a fun little song-and-dance parade that was winding its way through the store. 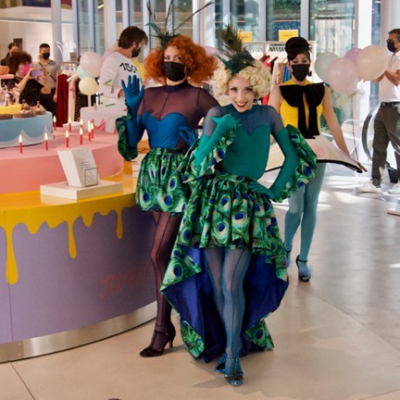 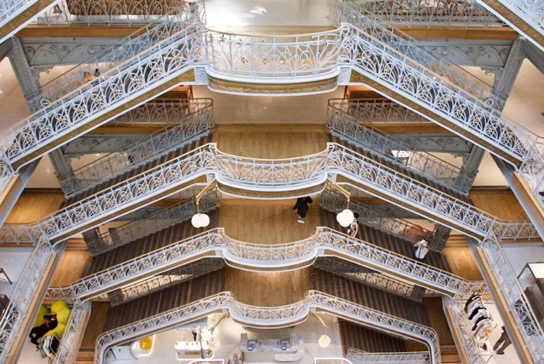 We felt at least as covid-safe in Paris as we do in San Francisco, and plan to head back again around December 20th. It was an uplifting visit, and we want more!


We invite you to visit his website to discover more of his work: in color or black and white, portraits and landscapes, surprising angles and views of daily life in the French capital, enjoy this virtual trip. You can see all of Bill’s photos at this Shutterfly album, including this recent trip: http://myviewsofparis.shutterfly.com.
If you'd like to order some prints, visit this page.


Thanks, Bill, for being part of our community and for sharing your French experiences with us!