Born in the early 1980s, the Fête de la Musique is now celebrated in nearly 120 countries. A popular festival that brings together a multitude of singers, actors, spectators, between organized and improvised scenes, from amateur practices to concerts orchestrated by associations and institutions. This event has been created by the Ministry of Culture, in order to freely celebrate all music styles everywhere in the country: hospitals, museums, conservatories, associations, towns, local medias, private or public institutions and more are all organising their own concerts.

The appellation is a pun with the slogan “Faites de la musique !”, encouraging amateurs playing down the streets. This event is one of the most important in the French culture and it comes to life thanks to all the volunteer artists and the cheerful audiences. Fête de la Musique is open to everybody, without age, race or social distinction!
So let’s celebrate together! 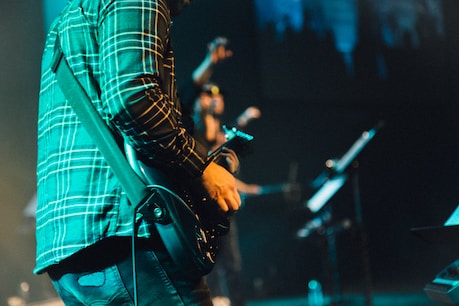 Have you ever asked yourself how did the Fête de la Musique start?

In 1976, the American musician Joel Cohen, who worked for the music channel France Musique, would have envisaged "Saturnales de la Musique" on June 21 and December 21. The idea was to organize a musical program to celebrate the two solstices. The first sketch of a music festival project was born.

In 1982, a major survey by the Ministry of Culture's studies and research department revealed the cultural practices of the French. The results were striking: 5 million French people, including one in two young people, played a musical instrument.

Jack Lang embodied a change of ideal within the Ministry, with Maurice Fleuret as the Director of music and dance. Their wish was that "music [be] everywhere and concerts nowhere"! The Ministry of Culture then organized a hasty communication through posters that called on the French to play freely in the public space. Thousands of initiatives sprang up all over France. The Ministry reached its objective from the first edition. While managing to create a call, a non-directive festival in the public space, it revealed the place occupied by the music in the individual and collective life.

This true revolution in state action has encouraged meeting all styles of music without any hierarchy of practices and audiences. During the European Year of Music in 1985, the Fête de la Musique became international or at least Europeanized. Ten years later, Music Day has been taken up and celebrated on all continents in nearly eighty-five countries.

In 1997, the principles of the "European Music Festival" were formalized in the Budapest Charter. The music festival must take the form of local events, encourage encounters, and take place on June 21. Moreover, it must highlight the scope and diversity of musical practices and audiences, embodying a call for spontaneous and free participation.

If you want to know more about this event and stay informed about the last news, go on the official page on the Ministery of Culture's website.